The federal government is determined to support Ukraine militarily in the war against Russia. 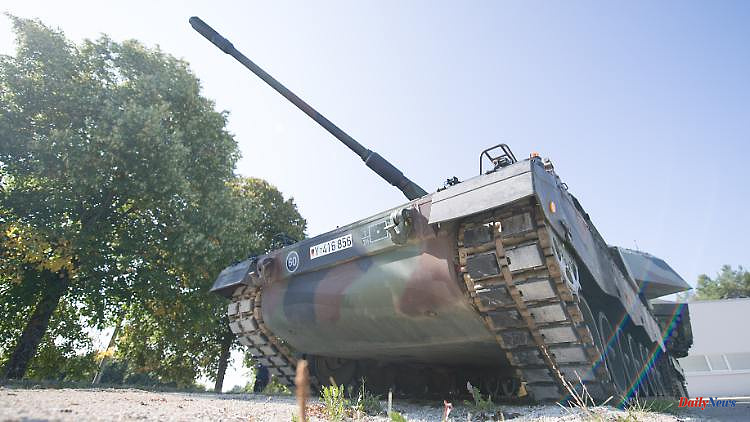 The federal government is determined to support Ukraine militarily in the war against Russia. But the opposition and partner countries complain that Germany is doing too little and often not even what was announced. Who is right?

Anti-aircraft gun tank GepardThe announcement by Christine Lambrecht on April 26 marked a paradigm shift: Germany is also supplying western-style heavy war equipment to the front. And not just anything: the Gepard tank, equipped with two anti-aircraft guns, is a modern and complex weapon system. Out of 50 announced devices from industrial stocks, the first 15 are scheduled to arrive in Ukraine in July. In addition, Lambrecht has promised 59,000 rounds of ammunition. The instruction of the Ukrainian army and the delivery of the cheetah is the responsibility of the manufacturer KMW, with the German armed forces making their military training areas available. It is also controversial whether 59,000 rounds of ammunition are sufficient, as the federal government claims.

Panzerhaubitze 2000The state-of-the-art artillery tank is located in the rear of the front and fires at targets up to 40 kilometers away over its own troops. The Federal Republic wants to repair seven Howitzers 2000 from the Bundeswehr stock and - according to a "Bild" report - have them ready for use at the beginning of June. There are also five howitzers of the same type from the Netherlands. The Ukrainian soldiers are instructed on a total of twelve devices at the Bundeswehr base in Idar-Oberstein. The Ukraine is also said to have expressed an interest in further specimens stored there with the manufacturer KMW.

Infantry fighting vehicle MarderA delivery of the infantry fighting vehicle has not yet been announced. The government factions, together with the Union, decided at the end of April that the federal government should "also expand the delivery of heavy weapons and complex systems, for example as part of the ring exchange", without endangering Germany's ability to defend the alliance." The manufacturer Rheinmetall has the Dozens of martens asked for in Ukraine stand around, so they would not be missing from the Bundeswehr.Rheinmetall boss Armin Pappberger told the "Frankfurter Allgemeine Zeitung" on Saturday that the company was modernizing this device and could start delivering two martens a week in three weeks - up to 100 pieces in total. However, there is no export license from the federal government. The "Bild" newspaper reported on Sunday that the Ministries for Foreign Affairs and Economic Affairs led by the Greens had signaled approval weeks ago, while the Chancellery was still undecided. Government spokesman Steffen Hebestreit had said one four weeks ago timely decision on marten export announced.

Leopard I main battle tank According to Ambassador Andriy Melnyk, the situation is similar with the Leopard I tanks requested by Ukraine. Of these, 88 discarded copies are in the Rheinmetall group. Ukraine has a "precise offer" from Rheinmetall about what the company can deliver. But a decision by the federal government is pending. The federal government and traffic light parties point out that no other country is supplying Western-style tanks to Ukraine and that such a step can only be taken in consultation with the partners. According to "Welt", Rheinmetall submitted an export application for the Leopard tanks five weeks ago.

Ring exchange with Poland As the federal government has confirmed, there is a crunch between Berlin and Warsaw on this issue. At the end of last week, the Polish Deputy Foreign Minister Szymon Szynkowski vel Sek told the "Spiegel": "The Germans made promises to strengthen our defense capabilities, unfortunately none of them have been implemented." Poland is said to have delivered almost all of its 240 Russian-made tanks to Ukraine - and is demanding German "Leopard" tanks of the most modern series as replacements. However, these are not even available to the Bundeswehr. A government spokesman said on Monday that Warsaw had asked for German material for the first time at the NATO defense ministers' conference in Ramstein on April 26. An agreement is not yet available.

Ring exchange with the Czech Republic The Czech Republic has made Soviet-designed T-72 main battle tanks available to Ukraine. The information about the scope of the deliveries vary. Sources speak of 40 T-72s already delivered and that Prague wants to provide about 20 more T-72s from its own army stocks. One thing is certain: the federal government will compensate for the gap that has arisen in the Czech armed forces with the donation of 15 Leopard 2A7 tanks, including an armored recovery vehicle, over the course of the year and will also take care of training the Czechs on the device. Part of the agreement is that negotiations will now begin as to whether the Czech Republic will purchase 50 more tanks of the same type from Germany.

Ring exchange Slovakia The federal government had also promised the government in Bratislava replacement material from Germany if they were to hand over heavy equipment of Russian design to the Ukraine. In one case this has already happened: Slovakia handed over its S300 anti-aircraft missiles. In return, Germany stationed a Bundeswehr unit with Patriot missiles in Slovakia to maintain air defenses in the NATO country. It is not yet known whether Slovakia is also giving up heavy equipment such as tanks in order to be compensated by Germany.

Ring swap with SloveniaIn April, a Panzer ring swap with Slovenia was also confirmed. The NATO ally is to deliver the T-72 to Kyiv. In return, the Slovenian army was to receive the Marder armored personnel carrier and the Fuchs wheeled armored vehicle from Germany. To date, however, the deal is apparently not sealed. In general, according to Rheinmetall boss Pappberger, a problem is that the countries involved in the ring exchange wanted the latest device from Germany - i.e. the successor model Lynx rather than modernized Marder. However, series production takes several years.

Portable anti-tank and anti-aircraft weapons The federal government has fewer problems with light weapons, but often comes up against the limits of its capacity. At the beginning of March, the Ukrainian armed forces received, among other things, 1,000 anti-tank weapons and 500 "Stinger" surface-to-air missiles from Bundeswehr stocks. The delivery of 2700 Strela anti-tank missiles from former GDR stocks was also approved.

Millions of rounds of ammunition At the end of April, Federal Foreign Minister Annalena Baerbock gave an overview of the deliveries made up to that point in the Bundestag. In addition to the known deliveries, she also named ammunition in the double-digit million range, bunker fists, machine guns, hand grenades in the six-digit number and explosive charges. Artillery ammunition was also made available by the industry.

Further military support In addition to the notorious 5000 helmets from mid-February, Berlin has supplied further protective material and is treating wounded Ukrainian soldiers in Germany. In mid-May, Berlin, together with the other EU states, also released 500 million euros in EU funds, with which Kyiv can stock up on weapons, protective equipment and fuel on the market itself.

It is unclear to what extent Berlin also shares its own secret service findings directly with Ukraine or indirectly via partnered services. The Federal Republic of Germany still has extensive monitoring systems to the east from the days of the Cold War. It would therefore be obvious to provide Ukraine with information relevant to the war, but it would also be tricky, because the federal government is very careful that Germany is not viewed by Russia as a party to the war. The efficiency of the German services is also questionable, after they, unlike the foreign services of the USA and Great Britain, harbored doubts about the Kremlin's war intentions until the end and were surprised by the timing of the invasion.

Conclusion: Announcing is not doing It was a paradigm shift that Germany undertook at the end of February with the decision to deliver weapons to Ukraine. The SPD in particular found it difficult to do so. The fact that the federal government hardly provides any information on the extent of the deliveries increases the distrust of the critics. In fact, other western countries are much more transparent, although they also have to be careful not to jeopardize deliveries to the war zone with advance notices. In addition, not much tangible has happened with all heavy weapons of war. It is also astonishing that the ring exchanges, which traffic light representatives praised as the king solution, have so far produced hardly any results. The training of the Ukrainians on the Howitzer 2000 has been going on for a few days. However, it could still be many weeks before a front deployment. 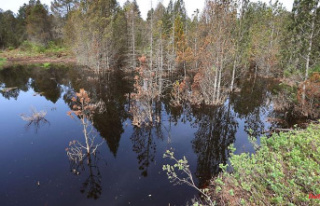 Bavaria: More millions in funding for a moor protection...