'Time is of the essence': Johnson: Must not accept Russian conquests 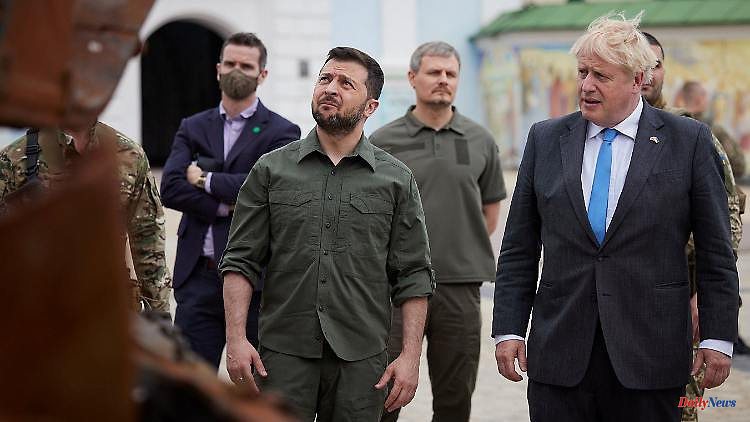 With a four-point plan, Britain's Prime Minister wants to ensure permanent support for Ukraine. The West must arm the country against the Russian aggressor faster than the latter has renewed its ability to attack. As a goal, Johnson formulated the reconquest of all Ukrainian territories.

British Prime Minister Boris Johnson has called on Ukraine's western allies to lend long-term support to the country and warned of the consequences of a possible Russian victory. In an op-ed for The Sunday Times newspaper, Johnson wrote that Kiev's supporters must ensure that Ukraine "has the strategic endurance to survive and eventually win".

"Time is of the essence now," Johnson wrote in his article. Everything will now depend on "whether Ukraine strengthens its defense capability faster than Russia renews its attack capability." It is the task of the allies to "ensure that time plays for Ukraine".

In his contribution, Johnson formulated a four-point plan for "sustainable financial and technical assistance" for Ukraine. Parts of it should be retained "for the coming years" and possibly strengthened. Johnson expressly warned against permanently accepting Russian territorial gains in Ukraine. Allowing Russian President Vladimir Putin to do this will not make the world any more peaceful. Johnson wrote verbatim: "Such a farce would be the greatest victory for an aggressor in Europe since the Second World War."

Johnson made a surprise visit to Ukraine on Friday and met Ukrainian President Volodymyr Zelenskyy. According to the British government, he offered a "major training program for the Ukrainian armed forces" in Kyiv. British forces could therefore "train up to 10,000 (Ukrainian) soldiers every 120 days".

1 Ukraine needs help for a long time: Stoltenberg: war... 2 The night of the war at a glance: Selenskyj: Will... 3 How much power does Mélenchon get?: Macron has to... 4 If necessary, without a debt brake: Lang: "No... 5 The day of the war at a glance: Navalny exposes Gazprom... 6 Second disaster in a month: Iranian fighter jet crashed... 7 Successes for Höcke and Chrupalla: The AfD wants... 8 After indigenous protests: Ecuador's government... 9 The lost candidate: the Georgians want to join the... 10 Briefing and award: Zelenskyj visits frontline region... 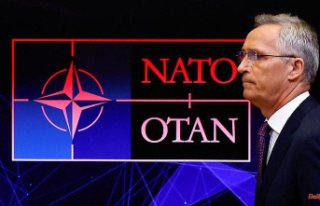