After indigenous protests: Ecuador's government declares a state of emergency

The protests by indigenous groups in Ecuador are taking on a new dimension. 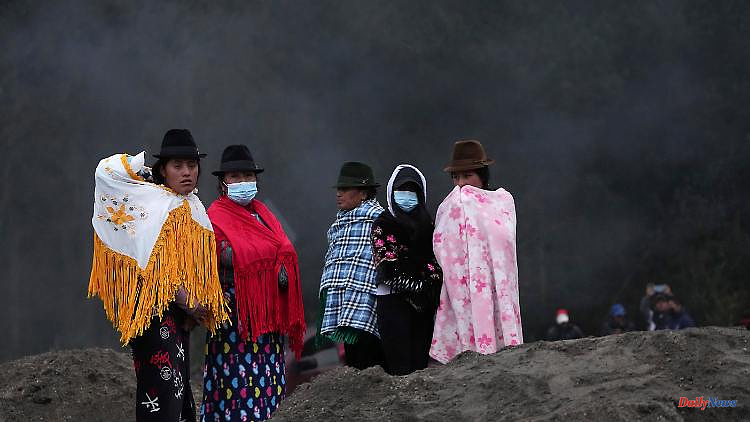 The protests by indigenous groups in Ecuador are taking on a new dimension. The government in Quito declares a state of emergency in three provinces. At the same time, President Lasso announces economic measures to meet the demands of the demonstrators.

Because of the protests by indigenous groups against social grievances in Ecuador that have been going on for days, the government has declared a state of emergency in three provinces. "I will defend our capital and the country," said President Guillermo Lasso.

Larger gatherings are banned during the state of emergency in Pichincha, Cotopaxi and Imbabura provinces. There is also a night curfew in the capital Quito. Since the beginning of the week, indigenous people have blocked numerous country roads in the South American country. Most recently, they announced that they would take their protests to Quito.

Among other things, they demand a freeze on fuel prices, a moratorium on debt service for over four million families, fair prices for agricultural products and respect for the right of indigenous peoples to self-determination.

President Lasso now announced a series of economic measures, such as increases in social security benefits and subsidies, and debt relief from the state development bank for loans under $3,000. In addition, the prices for petrol and diesel should initially not continue to rise.

1 The lost candidate: the Georgians want to join the... 2 Briefing and award: Zelenskyj visits frontline region... 3 After deportation flights were stopped: London clamors... 4 Party of Ostpolitik: "A large part of the SPD... 5 Party determines new board: Chrupalla and Weidel elected... 6 Motion by the parliamentary group: Union calls for... 7 Up to 50 percent of equipment: Ukrainian general admits... 8 "A complex puzzle": BKA investigates Russian... 9 After shelling from Gaza Strip: Israel fires rocket... 10 "FryTheRice" for 2024: Trump's revenge... 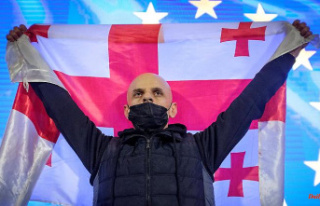 The lost candidate: the Georgians want to join the...