Two dead in Kabul: IS claims to have attacked Sikh temples

Two people were killed in an attack on a Sikh temple in Kabul on Saturday. 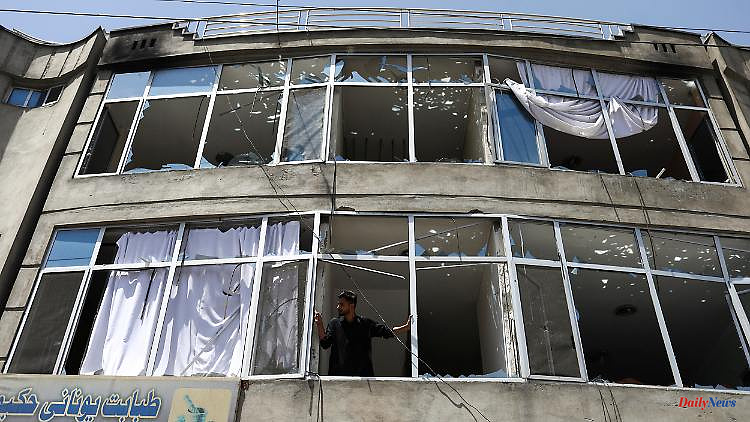 Two people were killed in an attack on a Sikh temple in Kabul on Saturday. What was already suspected is now certain: IS is behind the attack. The terrorist group says the motive is that Hindus and Sikhs insulted the Prophet Mohammed.

The jihadist militia Islamic State - IS for short - has claimed responsibility for the deadly attack on a Sikh temple in the Afghan capital Kabul. The militia said on the IS propaganda channel Amaq that the attack carried out on Saturday was an act of revenge on Hindus and Sikhs for insulting the Prophet Mohammed.

The jihadists are probably referring to a statement by Nupur Sharma, spokeswoman for India's Prime Minister Narendra Modi's Hindu nationalist BJP party, which was followed by days of angry protests. In a televised debate, Sharma spoke about the relationship between the Prophet Mohammed and his youngest wife. Her remarks were taken as an insult by many Muslims in India and neighboring countries. Almost 20 countries summoned India's diplomatic representatives after the statements.

In the attack on the Sikh temple in Kabul on Saturday, a visitor and a Taliban fighter present were killed and seven other temple visitors were injured. According to a spokesman for the Interior Ministry, men armed with hand grenades and rifles stormed the temple at the prayer time on Saturday morning. Taliban members later killed two attackers.

According to Interior Ministry spokesman Abdul Nafi Takor, the attackers used at least one hand grenade. When they exploded, part of the temple complex also caught fire. Shortly thereafter, a car bomb detonated nearby, but no people were harmed, Takor said.

Sikhs are a small religious minority in predominantly Muslim Afghanistan. Today only around 200 followers of this religion live in the country. In the 1970s there were still around half a million.

The religious community has been repeatedly attacked in Afghanistan over the years. Most recently, in March 2020, 25 people were killed in an armed attack on another Sikh temple in the Afghan capital. Many Sikhs left the country as a result. IS also claimed responsibility for the crime at the time. The radical Sunni militia are behind numerous attacks and attacks on Sikhs, Hindus and other religious minorities, including Muslim Shia and Sufis.

Since the Islamists took power last August, the number of bomb attacks across the country has dropped. However, during the fasting month of Ramadan, the country was again shaken by a series of attacks that killed dozens of people. IS claimed responsibility for some of them.

The militia is at enmity with the Taliban, although both groups are Sunni. Taliban officials have repeatedly claimed that they have defeated IS. However, according to political experts, the jihadist militia still poses a major security problem in the country.

1 'Time is of the essence': Johnson: Must... 2 Ukraine needs help for a long time: Stoltenberg: war... 3 The night of the war at a glance: Selenskyj: Will... 4 How much power does Mélenchon get?: Macron has to... 5 If necessary, without a debt brake: Lang: "No... 6 The day of the war at a glance: Navalny exposes Gazprom... 7 Second disaster in a month: Iranian fighter jet crashed... 8 Successes for Höcke and Chrupalla: The AfD wants... 9 After indigenous protests: Ecuador's government... 10 The lost candidate: the Georgians want to join the... 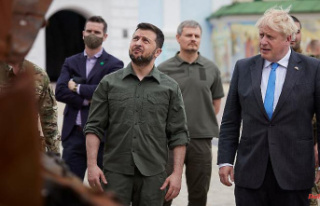