Duplantis narrowly escapes horror: Klosterhalfen is left behind, but is satisfied 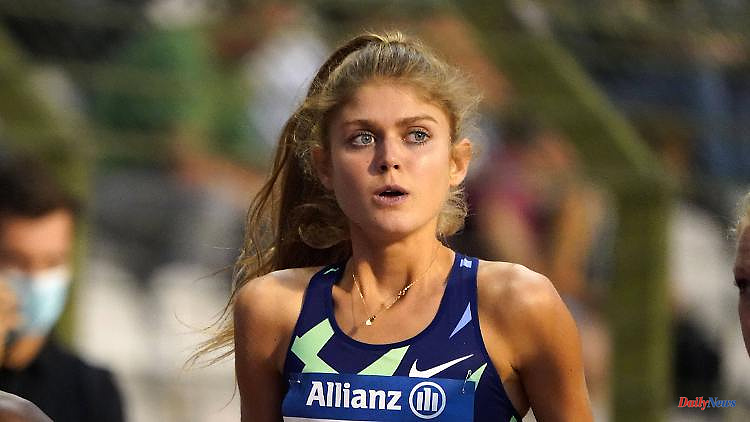 Germany's top runner Konstanze Klosterhalfen breaks the 5,000 meter World Cup norm on her season debut at the Diamond League meeting in Oslo. In front of 23,000 spectators in the sold-out Bislett Stadium, the 25-year-old was left behind and ended up in eighth place.

The German top runner Konstanze Klosterhalfen is still a long way from her best form about a month before the start of the World Championships in her adopted home of Oregon. At the Diamond League Meeting in Oslo, the third place in the World Cup from Leverkusen finished eighth in the 5,000m in the Bislett Stadium, which was sold out with 23,000 spectators. However, with a solid 14:37.92 minutes, the 26-year-old was well ahead of her personal best (14:26.76) and behind the winning time of Dawit Seyaum from Ethiopia (14:25.84).

"I was super nervous, but I solved it okay. It was great to start, even if I would of course have liked to run at the front," said Klosterhalfen on Sky after a tough race in sensitively cool weather and rain: "But it's getting bigger from week to week Week better. It was simply a world-class field today." Former Junior European Champion Alina Reh (Berlin) didn't stand a chance. She finished 15th in 15:06.29 minutes, but only just missed her personal best. The World Championships will take place in Eugene, Oregon, July 15-24.

Discus thrower Kristin Pudenz provided the best German placement. The Olympic silver medalist from Potsdam was only beaten by Croatian double Olympic champion Sandra Perkovic (66.82) and Tokyo Olympic champion Valarie Allman (65.91) in third with 63.31 m. "Third place is okay, the distance could have been a bit bigger," said Pudenz. Fourth was Claudine Vita (Neubrandenburg) with 61.57.

Pole vault world record holder Armand Duplantis from Sweden increased the year's world record to 6.02 meters, but had to survive a considerable moment of shock at 5.92 meters. A towel had been forgotten in the wet puncture box, Duplantis only noticed the textile when he jumped - and reacted extremely angry. US star Devon Allen won the 110 meter hurdles. The 27-year-old, a part-time footballer with the Philadelphia Eagles, clocked 13.22 seconds in a headwind. On Sunday he stormed into third place in the "all-time" best list in New York with a time of 12.84.

1 The Ukraine war and the World Cup: No propaganda show... 2 Next climate statement: Vettel protests against Canada's... 3 Ridicule, despair and fear: the European giants are... 4 Spectacular victory in Halle: Otte mutated into Germany's... 5 Speedster alert at the international match: "Ernie"... 6 Blown against facade: kitesurfer dies in storm in... 7 Murders in the Amazon: representation of Brazil's... 8 Corona break ended: great sigh of relief on the fjord... 9 Rival slain?: Police are looking for a fugitive violent... 10 Fire out of control: forest fire in Brandenburg: district... 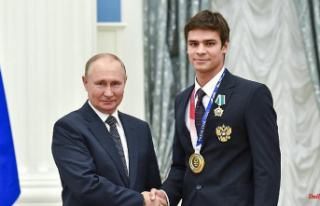 The Ukraine war and the World Cup: No propaganda show...