Sebastian Vettel has meanwhile made a name for himself as a critic of environmental sinners and human rights violators. 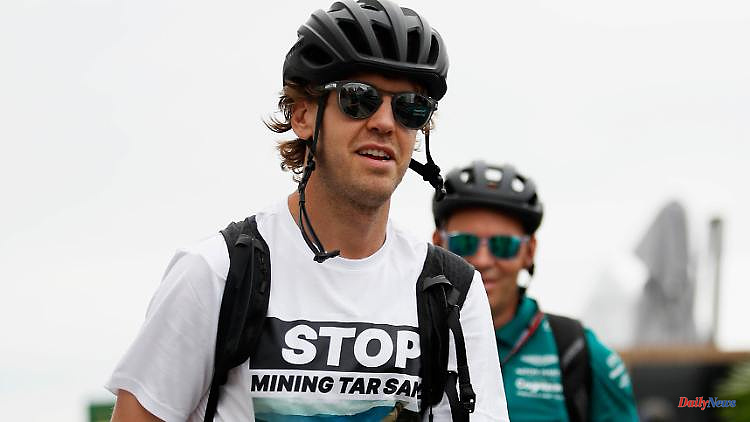 Sebastian Vettel has meanwhile made a name for himself as a critic of environmental sinners and human rights violators. He also wears a T-shirt at the Canadian Grand Prix with an inscription denouncing abuses. It is about the so-called tar sand mining. A politician strikes back.

After Sebastian Vettel's protest about the so-called tar sand mining in Canada, the energy minister of the affected state of Alberta publicly defended herself and for her part found clear words for the German Formula 1 driver. "I've seen a lot of hypocrisy over the years, but this is the crowning glory," wrote Sonya Savage of the United Conservative Party of Alberta on Twitter in an article with Vettel's statements before the Canadian Grand Prix.

"A racing driver from Aston Martin, financed by Saudi Aramco, complains about oil sands," wrote the politician, alluding to the main sponsor of the racing team. Aramco is considered the world's largest oil producer, the company hails from Saudi Arabia and has been the title sponsor of Aston Martin since this season - but also supports Formula 1 as a whole.

Vettel once said before the season that it was obvious “that the oil companies as a whole have to ask themselves how they want and need to shape the future. I think that can be an opportunity, hopefully to have a little influence take to make things a little bit better." Previously, he had repeatedly dealt with the accusation of hypocrisy and even agreed to it.

In Montréal, Vettel followed up his T-shirt campaign - it bore the inscription "Stop tar sand mining - Canada's climate crime" - in the official press conference before the ninth race of the season. What is happening in Alberta is a crime. "It's a horror for nature. Something like that shouldn't be allowed," emphasized the soon to be 35-year-old four-time world champion.

Instead of demonizing the oil sands, which, according to the politician, are on the way to climate neutrality, people could reduce their own CO₂ footprint. "Maybe with pedal cars for Formula 1?" wrote the politician, who reacted rather polemically. Possibly because she had little to say in terms of content. A factual discussion at least looks different.

According to Greenpeace, the extraction of oil from the clay and sand mixture differs massively from the conventional extraction of crude oil. The oil sand layer is therefore about 30 meters deep. To get there, Canada's primeval forests have been cleared and the topsoil removed. Only then can the mixture of sand, clay and tar-like oil be lifted out of the ground.

Vettel is very conscious of his actions as a racing driver. "What I do is not very environmentally conscious and not sustainable, so I'm not a role model in that regard - and I can't possibly be one," he once said in an RTL / ntv interview. Nevertheless, he is considered to be environmentally conscious. Among other things, he travels to some races in Europe by train, and he makes his way from the hotel to the paddock on almost all racetracks by bike.

1 Transfer rumors are "nonsense": Hinteregger... 2 Fortnite star soon?: Özil is planning a new career... 3 "Car is now undrivable": Hamilton complains... 4 "Get a kick in the butt": "Paralyzed"... 5 There is also a dispute with the city: Hamburger SV... 6 "Planet Eater" from Balingen: Why the German... 7 Wacky finals without a winner: The most incredible... 8 Training before the Canada race: Verstappen criticizes... 9 Alba misses home championship: Bayern hopes for historic... 10 Roca is drawn to Leeds United: FC Bayern receives... 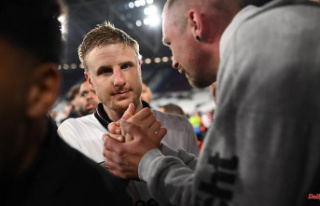