In a crash with a fan, several professional cyclists fall badly on the fifth stage of the Tour de France. 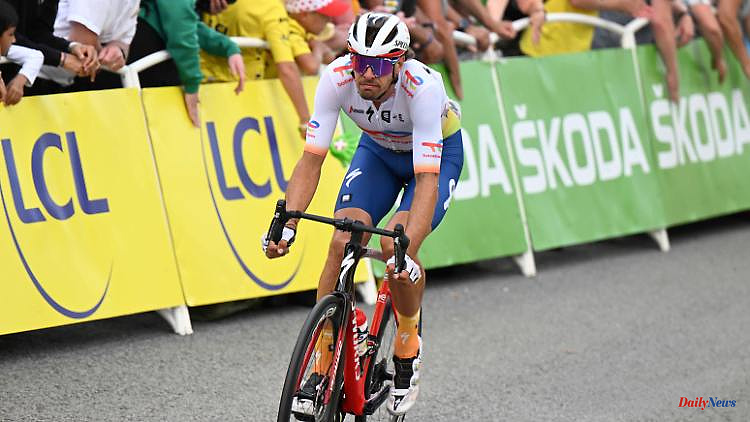 In a crash with a fan, several professional cyclists fall badly on the fifth stage of the Tour de France. While one gives up immediately with a broken pelvis and collarbone, another completes the stage. And then he's told he's "not allowed to move for a few weeks."

After the spectacular crash with a spectator, Daniel Oss also has to give up the Tour de France. His team, TotalEnergies, said further investigation revealed a cervical fracture. "He's not allowed to move for a few weeks and has to leave the tour," the statement said.

The accident on the third cobblestone sector of stage five had already forced Austrian Michael Gogl to retire due to a broken pelvis and collarbone. The Swiss Oss first hit a careless spectator with his head and fell. At high speed, Gogl, who was racing up behind him, could no longer avoid it and flew over Oss' wheel. According to his Alpecin-Deceuninck team, Gogl suffered a fractured pelvis and collarbone and needed surgery. The Bora-hansgrohe driver Danny van Poppel, who was also involved in the fall, can continue the tour. Oss also drove to the end of the stage, but was then examined in detail - and received a driving ban.

"Guys, please stay off the road," wrote professional cyclist Simon Geschke on Twitter. There was a serious fall on the tour last year when the German Tony Martin crashed into a spectator's "Allez Opi Omi" cardboard sign that she was holding on the street, with which she wanted to greet her grandparents. Around 50 drivers fell, there were numerous injuries, including the Spaniard Marc Soler with broken bones. In December, the woman was then sentenced to a fine of 1,200 euros.

Surprisingly, the winner of the fifth stage was the Australian Simon Clarke. Defending champion and favorite Tadej Pogacar finished seventh, 51 seconds behind a six-man breakaway led by Clarke, after breaking away from the remaining peloton with a strong drive. Belgian Wout van Aert, who fell early, saved the yellow jersey with a brilliant comeback.

Numerous other falls overshadowed the stage. Primoz Roglic later reported that he had put his shoulder, which had been dislocated in a fall, back into place. "I couldn't straighten it right away, so I had to sit in a spectator's chair. I have a special technique and that's how I put it back in place," Roglic said in a TV interview.

Today's sixth stage should be smoother. At 219.9 kilometers, the longest section of this tour from Binche in Belgium to Longwy offers breakaways a great opportunity. 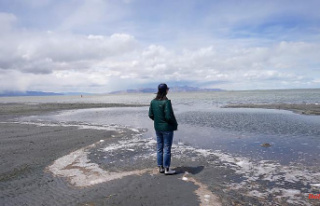