She fought for all women: The great Felix expands the World Cup record and resigns

Not even Usain Bolt has as many World Championship medals as Allyson Felix. 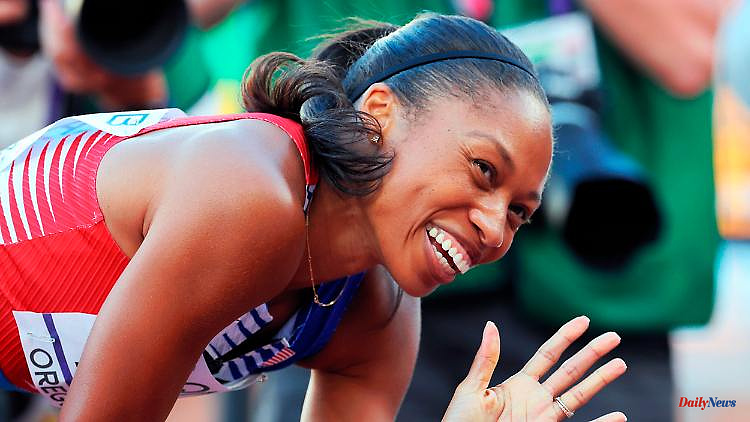 Not even Usain Bolt has as many World Championship medals as Allyson Felix. In her last big race, the US runner made it onto the podium again with the mixed relay over 400 meters. It may not be enough to win gold, but her legacy is not sport anyway.

After the last big race of her legendary career, US runner Allyson Felix received the deserved applause and smiled from her home fans for bronze. The US relay lost gold in the last 100 meters in the 4x400-meter mixed race on Friday (local time) and had to admit defeat to the victorious Dominican Republic and the Netherlands.

The 19th world championship medal for the 36-year-old mother of a daughter was there anyway - and thus a worthy end to Felix' career, which even more than for her achievements on the tartan track for her successful fight for more equality for women in competitive sports should be remembered. "It was very special to be able to run my last race in front of home fans. It was so cool," said Felix. "My daughter was in the stands. It was a night I will cherish."

That daughter Cammy, now three years old, was the trigger that prompted Felix to take on the sporting goods giant Nike almost single-handedly. Athletes worldwide have her to thank for the fact that the group founded in the World Cup location of Eugene and subsequently other outfitters no longer cut women's salaries and bonuses if they can compete less often due to pregnancy or if they cannot go back to the competition immediately deliver old level. The impetus for this was an opinion piece by the athlete published in the "New York Times".

For a long time, Felix had shied away from using her wide reach for social issues. "My feeling was: keep your head down, that (the career) is my area," she told the US news agency AP in an interview before she left the big stage. Whether it was really the last race is not quite clear, a farewell performance at a smaller meeting in their home state of California is probably conceivable.

"I have such great memories," said Felix. "I'm comfortable entering this next phase now and I'm deeply grateful for this sport."

Internet giant Google also paid tribute to Felix: anyone who entered their name into the search engine after the race saw an animation and the words "Olympian. Mother. Advocate." (German about: Olympian. Mother. Advocate). The animation first showed Felix as a cartoon character running across the screen, and after a congratulations on her 20-year career, then how she laughingly holds a child in her arms and waves - a farewell greeting to the users. 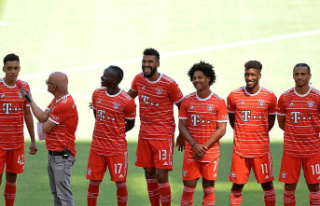