It is common practice for certain countries to give each other points in the Eurovision Song Contest. 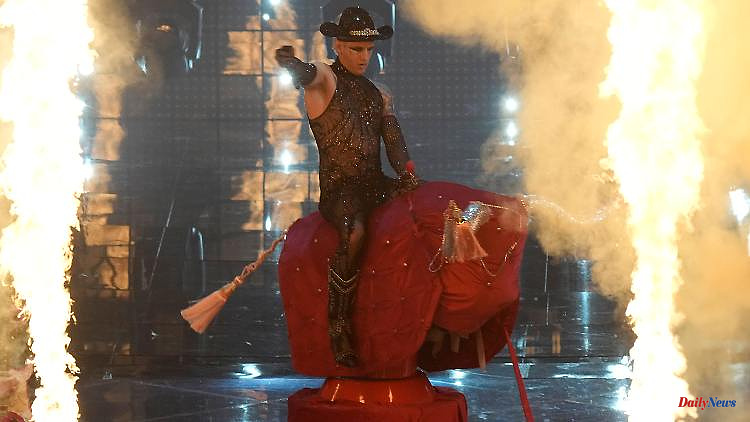 It is common practice for certain countries to give each other points in the Eurovision Song Contest. Now it could even have come to an agreement between several juries. The vote in the second semi-final feeds the suspicion.

The organizers of the Eurovision Song Contest (ESC) found irregularities in a vote after this year's competition in Turin. The European Broadcasting Union (EBU) announced that the second semi-final was affected. The statements of the organizers indicate that the juries of some participating countries could have awarded each other points.

"Irregular voting patterns" were recognized in the votes cast by the juries of the six participating countries Azerbaijan, Georgia, Montenegro, Poland, Romania and San Marino. The representatives of these six states sang in the second semi-final for the final. Only Romania, Azerbaijan and Poland advanced.

The EBU did not say whether the countries were threatened with consequences and what these could be. This is currently being discussed with the members and an ESC committee, said a spokesman only.

A national jury at the ESC cannot vote for their own country. According to the EBU, it was noticeable that four of the six juries named - namely Azerbaijan, Georgia, Romania and San Marino - rated the other five countries completely among the top five. Montenegro placed the five other countries in the top six, while Poland placed them in the top seven. The voting is therefore considered irregular because all other jury countries in turn rated five of these six countries worse than seventh place.

A total of 18 nations competed in the second semi-final. The juries of these countries voted on the performances, and there were also jurors from Germany, Great Britain and Spain. "An irregularity in jury voting patterns of this magnitude is unprecedented," the EBU said. It is essential for the success of the show that the votes of the juries in the countries and the viewers take place regularly. The EBU therefore takes any violation of the rules very seriously.

Last weekend, the Kalush Orchestra from Ukraine won the ESC with the song "Stefania". The reason for this was a record number of 439 points in the public voting. Germany with Malik Harris and "Rockstars" ended up in 25th and last place with six points. The German entry did not receive a single point from the juries. Only the spectators from Austria, Switzerland and Estonia gave the 24-year-old two points each.

1 Terzic should heal the club soul: BVB despairs of... 2 "Stand by Ukraine": G7 promises Ukraine... 3 No more Brexit disadvantages: Boris Johnson's... 4 Milk donations for strange babies: breast milk banks... 5 Dispute about the origin of Corona: Drosten wins in... 6 Professionals targeted by the police: arrests and... 7 End of an influencer marriage: Julian Classen confirms... 8 Depp and Heard in court: As if the Me-Too debate had... 9 41 degrees in Andalusia: Spain is suffering from a... 10 "NATO is informed": Turkish fighter jet... 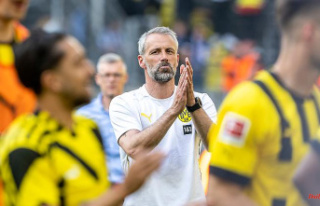 Terzic should heal the club soul: BVB despairs of...