Deterrence and defense: NATO wants to strengthen itself significantly

According to Secretary General Stoltenberg, NATO plans to move more combat-ready forces and equipment to the Alliance's eastern territory. 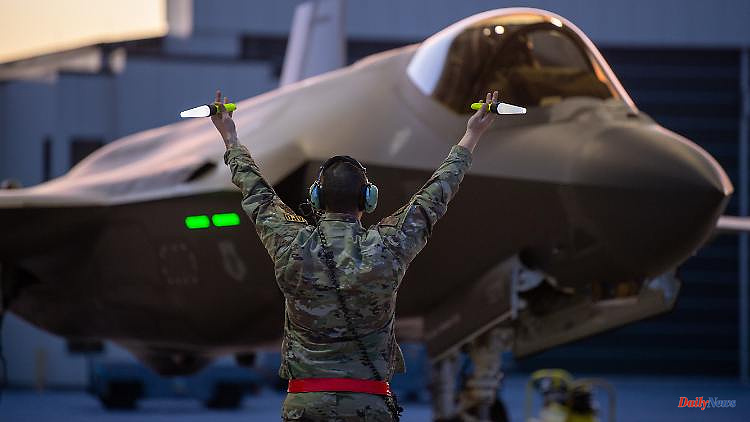 According to Secretary General Stoltenberg, NATO plans to move more combat-ready forces and equipment to the Alliance's eastern territory. After Russia's attack on Ukraine, Stoltenberg also calls for more heavy weapons for Ukraine.

According to Secretary General Jens Stoltenberg, a decision will be made at the NATO summit in Madrid to significantly strengthen the Allies' deterrence and defense capacities. In response to the Russian invasion of Ukraine, the ability to protect and defend every inch of Alliance territory has already been strengthened, the Norwegian said after talks with several NATO heads of state and government in The Hague. The next steps will now be taken at the summit meeting in Madrid at the end of June. According to Stoltenberg, the discussions were about the need to move more combat-ready forces and equipment to the eastern alliance area. In addition, a further increase in the level of preparedness of troops was also an issue.

Stoltenberg did not give any details. Among other things, there is talk of having significantly more NATO troops stationed in the eastern alliance area in the future than before the Russian attack on Ukraine. In addition, structures are to be set up that, in the event of a concrete threat, will enable the forces on site to be reinforced even more quickly.

Federal Chancellor Olaf Scholz already announced last week that Germany would support the plans and continue to expand its troop presence in Lithuania. In the country bordering on the Russian exclave of Kaliningrad, the Bundeswehr is already involved with more than 1,000 soldiers in securing NATO's eastern flank.

1 How to Have the Best Honeymoon 2 The Popularity of Gambling As a Form of Entertainment 3 "With a good guise": Russians wanted to... 4 "Vague" and "open to arbitrariness":... 5 Country leaders in the Presidential Palace: Second... 6 Shared responsibility of the West: Wagenknecht wants... 7 Second attack in a short time: hackers attack the... 8 Advice to Scholz from Moscow: Kremlin: Further arms... 9 "We appreciate it": Selenskyj receives Scholz... 10 Capitol Storm: Ex-Trump Insiders Call Man "Detached... How to Have the Best Honeymoon