"Right away": Mané is pursuing a big goal at Bayern

The three-year contract with FC Bayern hasn't even been signed yet - but the new Bayern striker Sadio Mané already has big dreams for his career with the record champions. 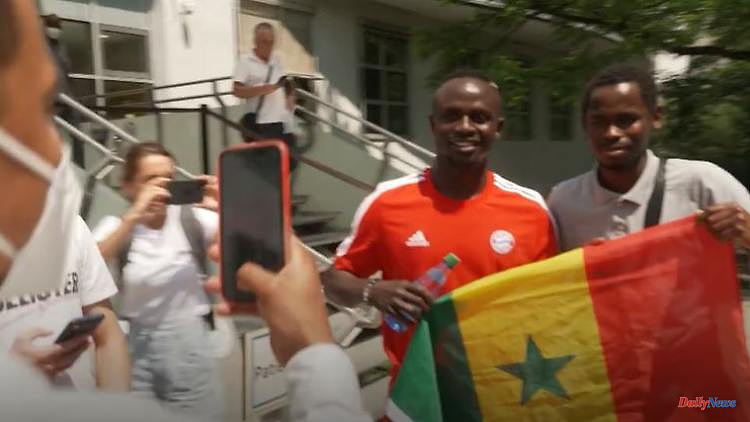 The three-year contract with FC Bayern hasn't even been signed yet - but the new Bayern striker Sadio Mané already has big dreams for his career with the record champions. He will "give everything" for that, after all he plays in a "very competitive team", according to the Senegalese.

The 30-year-old Mané had completed his medical check-up with Munich and is to sign a three-year contract with the German record champions. The change has not yet been officially announced. "My life has always been a challenge. When my agent first told me about Bayern Munich's interest, I was hooked. I saw myself there right away. For me, it was the right club at the right time. It is one of the biggest clubs in the world and the team always fights for every title," Mané explained his choice.

The change of the offensive player from Liverpool FC to FC Bayern has been considered practically perfect since the end of last week. Both clubs had agreed on a transfer. Mané's contract at Liverpool would have expired in 2023. Bayern should pay a base fee of 32 million euros for him. According to reports, this can increase to up to 41 million through certain additional payments. "I found myself in Bayern's plan more than anyone else," said Mané.

Bayern's sporting director Hasan Salihamidzic was satisfied with the near-perfect signing of the top scorer. "In any case, we are all happy and proud that we can bring such a big player, such a world star to Munich," Salihamidzic told Sky TV. The striker's first day in Munich "went quite well," assured the 45-year-old. "Sadio is comfortable," he added. The Senegalese brought his closest friends and advisor with him. There are still a few things to be done. The attacker's presentation is planned for Wednesday, said Salihamidzic.

1 The question of meaning behind the coup: What does... 2 Swimming World Championship becomes a silver festival:... 3 Hardly any money, but clear visions: Barça will leave... 4 "Something good for our sport": Golf rebel... 5 Between cult and scandal professional: The "Hinteregger... 6 FC Bayern does not give up Star: Secret meetings do... 7 First win of the season: Larry ten Voorde wins at... 8 Phone not answered: US embassy hangs imprisoned Olympic... 9 "Schumi's" favorite course: Legendary... 10 Spectacular NHL showdown: Humiliated Tampa Bay retaliates... 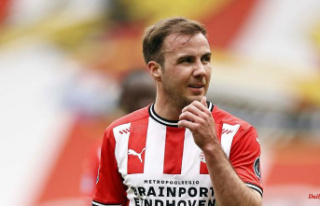 The question of meaning behind the coup: What does...