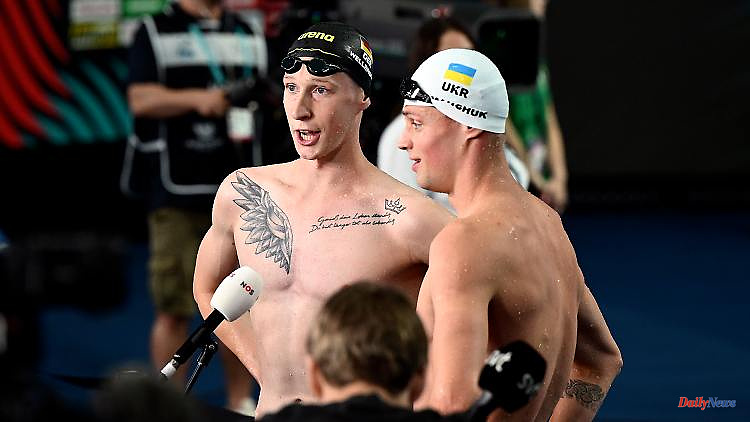 Florian Wellbrock achieves historic things in Budapest. The Magdeburg man is the first German ever to win a World Championship medal in the 800 m freestyle. His silver medal is his third overall at the World Championships. But the big words belong to someone else, the Ukrainian Mikhailo Romanchuk.

After the thrilling final sprint in German record time to silver at the World Championships, Florian Wellbrock blew hard, then the Olympic champion clapped his hands on his Ukrainian friend Michailo Romantschuk. The curse of the 800 m freestyle has been banned: for the first time, the man from Magdeburg won a medal over this distance on the world stage - and then also as the first German in the history of the World Cup.

"At first I was a bit annoyed that I lost gold," said the 24-year-old, who was only 27 hundredths of a second behind Olympic champion Bobby Finke after 7:39.63 minutes. As in Tokyo, the American flew by on the last runway. "But I'm very happy with the German record. The 800 has never worked out as well as it does today."

Wellbrock gave the German team their third World Cup medal - the third in silver. "Maybe we can get another color out of the pool, otherwise it'll get boring," he said with a smile. For bronze winner Romantschuk, who has been invited to join the Magdeburg training group since the beginning of the war, "I'm happy too."

His Magdeburg team colleague Lukas Märtens, who had shone at the start of the World Championships with a silver medal in the 400 m freestyle, but collapsed in the 800 m heat and was eliminated, was also cheering on the grandstand. "I'm his supporter, I don't begrudge Florian," Märtens said in advance.

In the 1500 m race from Friday, the two German swimming stars are rivals again. As the defending champion, Wellbrock is clearly aiming for first place. "At my level you go to the edge of the pool and want gold," he said. "I don't need to stand there and have my pants full."

Then it's off to open water for him, at the open water competitions in Lupasee Wellbrock starts with three realistic chances of winning (relay, 5 and 10 km). In order to survive the World Championship marathon, Wellbrock put more emphasis on basic stamina and the ability to regenerate.

He was driven by an extremely strong training group with Märtens and Romantschuk. The double European champion thanked the German team ("I wouldn't be here without them") and used the World Cup stage to draw attention to the suffering in his home country. "It's war. There's only one word for that," said Romanchuk passionately. "We're not just defending Ukraine, we're also defending Europe."

He knew of "more than ten competitive athletes who died in this war". Therefore, he cannot understand the opinion of some people that the sport is apolitical. "That's not true," said the two-time Olympic medalist from Tokyo. "Sport is the greatest politics." 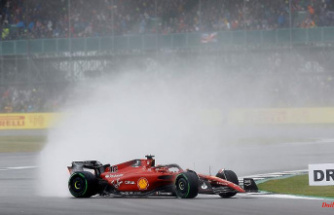 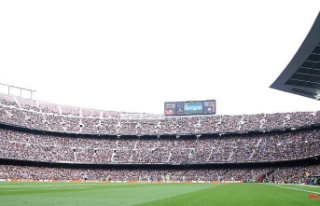 Hardly any money, but clear visions: Barça will leave...