On the Ukrainian front, painful thoughts during the lull

The 10th battalion of the Ukrainian army had begun to advance by digging new trenches in the black land two kilometers from the Russian border, before a break was necessary. 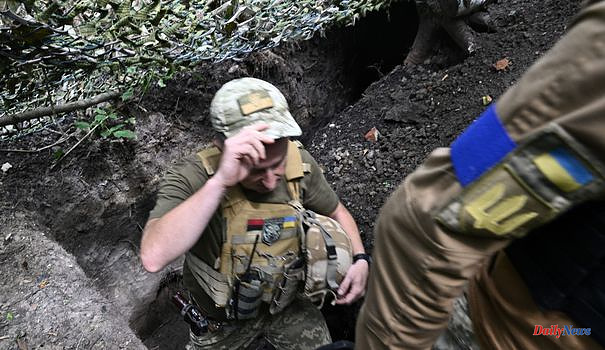 The 10th battalion of the Ukrainian army had begun to advance by digging new trenches in the black land two kilometers from the Russian border, before a break was necessary.

"There are sporadic bombardments. But currently it is the grain armistice for the harvest period on both sides," Sergeant Chekh, who identifies himself by his nom de guerre in accordance with security protocol, told AFP.

"But in two or three days, when it's over, the strikes will resume with renewed vigour."

The 51-year-old officer's mother has remained in the southern region of Kherson, almost entirely occupied by Russia since the start of the invasion, 500 kilometers from her son who is fighting in the region of Sumy, in the northeastern Ukraine.

"I haven't had any contact with her for three months and I don't know if she's alive. She's 88," he told AFP almost in a whisper.

"I had contact with neighbors and sent money, but I have no idea what the situation is."

A lawyer by profession, Chekh brought his family to the relative safety of the western city of Lviv when war broke out. Then he went to a local recruiting office to volunteer.

He worries about his unreachable mother, but longs to reunite with his wife, two daughters and young son, who are awaiting the end of the war abroad.

It is this dream of reunion that drives him forward.

"For me, it's a motivation that helps me focus on the work at hand."

About 150 civilians have been killed in the Sumy region since the start of the war, its governor Dmytro Jyvytsky, 39, told AFP.

Towns and villages along its 564-kilometer border with Russia still come under near-daily bombardment from Grad rockets, howitzers and mortars, he points out.

But the part of the 10th Battalion's front line seems strangely peaceful so far.

Chekh's comrades smoke and chat in the shade of the forest, enjoying a break from digging trenches, their main occupation during the truce.

There is no crackle of gunfire or the familiar sound of exploding shells constricting the throat and making the blood rush.

Suddenly the air vibrates with a cacophonous groan that sounds like a battle cry but we quickly realize that it's a cell phone ringtone.

He scans the treeline, eyes narrowed, looking for signs of enemy movement that isn't coming. "They fire from time to time with artillery and grenades," the 43-year-old told AFP.

About 90% of the fighters in the 10th Battalion are volunteers who have seen little or no combat. But according to their superiors, they compensate for the lack of experience by the fact that they do everything with all their heart.

"We are here to defend our country," Roman told AFP. "The soldiers know they can die, but they are ready to do their job: defend Ukraine"

Below, the platoon commander, Lieutenant Volodymyr, proudly points out the new trench.

An administrative employee at the Lviv Polytechnic in his previous life, the 43-year-old quit his job and joined the army because he wants to be an example for his two sons.

He thought about the effect his death in battle would have on the 12- and 16-year-old boys, but he feels his bravery would also set a good example for them.

"If I had stayed in Lviv doing nothing, what example of patriotism would I have given them?" 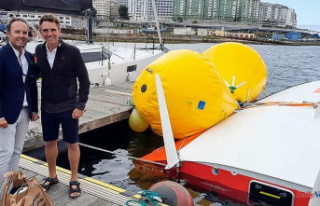 Sixteen hours under the hull of a boat: the miraculous...