At the end of life in the clinic: the dying are often given too much medical care

How and where do you want to die? Very few deal with this question, although death is part of life. 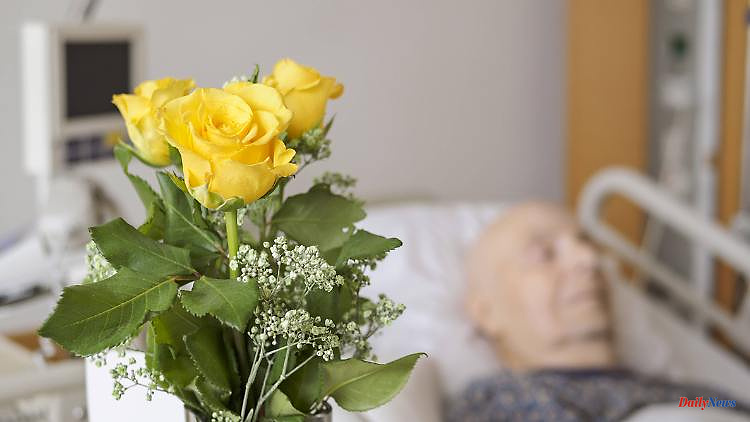 How and where do you want to die? Very few deal with this question, although death is part of life. Doctors therefore warn against making death taboo, warn against false financial incentives in hospitals and provide current figures on the subject.

The Covid-19 pandemic brought with it many disturbing aspects. One of the worst: people who died in hospital, isolated from family, friends or chaplains - surrounded only by medical staff in protective clothing with masks. A nightmare scenario.

"The needs of the patients and their relatives should have been given more consideration here," says medical ethicist Georg Marckmann from the Ludwig Maximilian University of Munich (LMU). "Many people have died alone." Giessen psychologist and care researcher Wolfgang George put it more drastically: "There was brutal misery."

The scenes showed how the vast majority of people do not want to end their lives. More difficult to answer is the question: How should one die? How would you want to die if you could choose?

An international panel of experts recently complained that this topic, which affects everyone, had been suppressed for decades. The Commission on the Value of Death published its more than 50-page analysis in The Lancet. Title: Bringing Death Back to Life. "How people die has changed radically during previous generations," it says. Death is no longer appreciated. This is at the expense of the dying, their relatives, the medical system and society as a whole.

Death and dying, the commission said, had shifted from a family, community setting to the responsibility of health systems. The price for this: "Useless or potentially inappropriate treatment can continue into the final hours of life." End-of-life interventions are often excessive, excluding families and friends, increasing suffering and wasting resources that could be used elsewhere.

According to surveys, most people don't want that: around 80 percent want to die at home, with their loved ones. The reality is different: about 20 percent of people die in their home, about 30 percent in nursing homes - but about every second person in the hospital.

"People's wishes are not taken into account," says George, "at least less than would very well be possible". The managing director of the German Society for Palliative Medicine (DGP) confirms this: "Many patients are brought to the hospital to die without first discussing with those affected their wishes and all the options for outpatient care," says Heiner Melching. There could be various reasons for this, such as a lack of staff in nursing homes or the helplessness of relatives.

"We as a society have forgotten how to deal with dying, also through the possibilities of modern medicine, which in many cases is a blessing," says Melching. Of course, it is important to provide medical help to people at the end of life - for example by relieving pain. "But hospitals are poorly qualified to see people die. There are many dubious end-of-life therapies."

A 2019 study in the “Deutsches Ärzteblatt” showed what dying in the hospital can mean. According to this, more and more people in this country end up in intensive care at the end of their lives. From 2007 to 2015, the proportion of patients who died in hospital who received intensive care rose from almost 21 to almost 26 percent. People over the age of 85 were clearly disproportionately represented in this group - an age group in which the use of high-tech cannot always be justified medically.

"These results raise the question of how the growing use of intensive care therapy at the end of life can be explained," writes the group led by Carolin Fleischmann-Struzek from Jena University Hospital. In response, she cites economic factors: According to this, profits increase with the number of days mechanical ventilation is used: "This economic incentive could also explain why the number and occupancy rates of intensive care beds in hospitals of all sizes are steadily increasing, although the number of hospital beds overall is declining."

Because while in Germany, in an international comparison, a striking number of people die in intensive care units, palliative care in hospitals is significantly less pronounced than in comparable countries such as the Netherlands or Great Britain.

"With many old and seriously ill patients, you should think about what makes sense and what doesn't," agrees Uwe Janssens, chief physician at the clinic for internal medicine and internal intensive care at the St. Antonius Hospital in Eschweiler. "Of course I can ventilate anyone, but that doesn't mean it makes sense." At the end of their lives, many people face the risk of medical oversupply.

What that means is written by the Ethics Section of the German Interdisciplinary Association for Intensive Care and Emergency Medicine (DIVI), headed by Janssens, in a position paper. "Oversupply refers to treatment measures that are not appropriate because they do not lead to any significant improvement in (survival) life or quality of life for the patient, cause more damage than benefit and/or are not wanted by patients."

Harm instead of benefit, against the will of the patient - how can that be? "The situation is extremely complex," Janssens replies. On the one hand, many doctors find it difficult to withhold therapy from patients, and there are also concerns about legal consequences if the medical options are not exhausted. In addition, there is often pressure from relatives to do everything.

In this mixed situation, economic aspects can be decisive - especially for the majority of German clinics that are privately owned. "The case-based system has led to an overvaluation of the economy," says Janssens. The development at the end of life was "completely out of control".

"This has taken a direction that urgently needs to be changed," he emphasizes. "Communication and education can reduce the suffering of hopeless patients." The intensive care doctor gives an example: If a dying person is connected to a ventilator, a clinic can bill for it. On the other hand, she ends up with nothing financially in the case of a time-consuming informational discussion with relatives, after which such therapy tends not to take place.

But what's good for a hospital's finances isn't necessarily in the interest of a patient -- and given the enormous costs, it's not in the community either, as the Lancet Commission notes. "Many new therapies only slightly extend life and have low success rates, but are very expensive," it says. "For example, between 8 and 12 percent of annual health care spending for the entire population of the United States, Taiwan and the Netherlands is spent on those fewer than 1 percent of the population who die that year." That could even increase as the baby boomer generation is now heading towards old age. "We now have 24 million people over the age of 60," says Janssens. "The situation is becoming increasingly difficult."

The Divi position paper shows that something is gradually happening. And in May, the German Society for Internal Medicine (DGIM), the largest medical society in Europe, dealt with the topic at its congress. There, DGIM President Markus Lerch spoke on the topic "When modern medicine can do more than the patient wants". He also advocates correcting false financial incentives. "Hospitals are paid for interventions, not for not doing them. That could be changed."

But even if you wanted to, it wouldn't be easy: "It's not just a medical challenge," says Melching. He calls for a social campaign to bring dying back into public awareness. Last but not least, the Federal Ministry of Health is in demand here. "I also see politics as having a responsibility."

"If death is a central part of life, then it is society's job to ensure that this central phase can be lived through appropriately," says Marckmann. "We have to bring death back to life in Germany, too." Giessen psychologist George argues that people should generally deal more with their own finiteness. "The confrontation with dying has a therapeutic effect," he believes. "A lot of people take their foot off the gas after that."

The "Lancet" commission also emphasizes this aspect in its report: The suppression of death, it writes, is directly related to the exploitation of the planet. It feeds "our misconception that we have nature under control - and are not part of it". 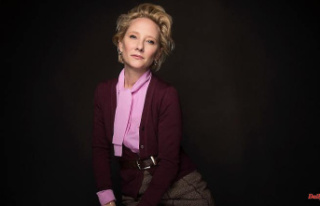